“Europoly – The European Union Trading Game” presents the central hands-on plug-in activity to the regional conferences’ topic articulation. Work has been developed by conceptual artist Dejan Kaludjerović. It is a fully functioning portable social game created in the form of industrial product of a social game similar to “Monopoly”, developed within the contexts of real life, the art system and consumer society. In this way “Europoly” recognises the blurred boundaries between ‘the art work’ and ‘the sellable product’ in Western consumer society. 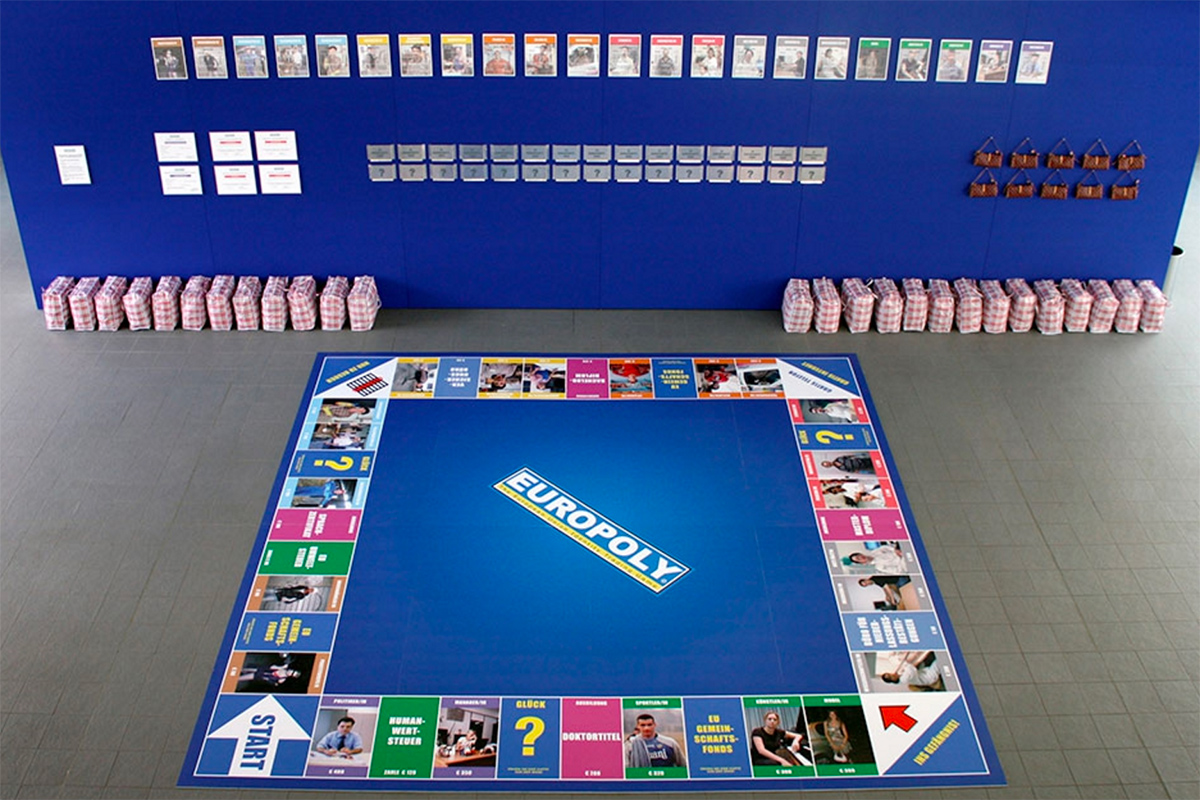 This piece of work is questioning the position of immigrants in the EU, as well as the idea of the EU. Non EU citizens working in the EU, have been photographed and featured in “Europoly” with their professions. Luck, to a great extent, determines the possible rise or fall of the ’players’ who wish to become part of the new European identity. 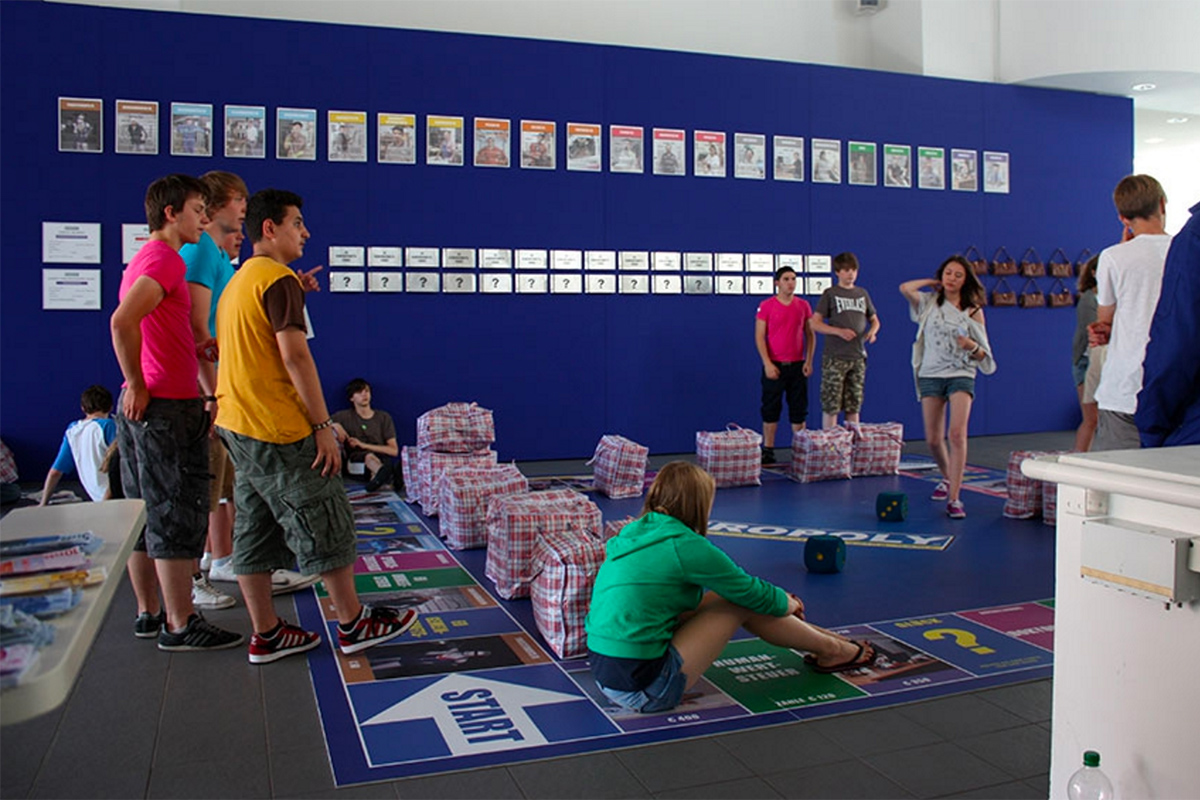 The European Union defines European identity as something that is provided only within the Union and only to European Union citizens, although Europe does not end at the borders of the Union. However, the EU does have the power to define identity, the power to set up the rules of a game others have to join. The consumer society of the European Union has created a rule, that ’everything is for sale’, including even notions of identity. 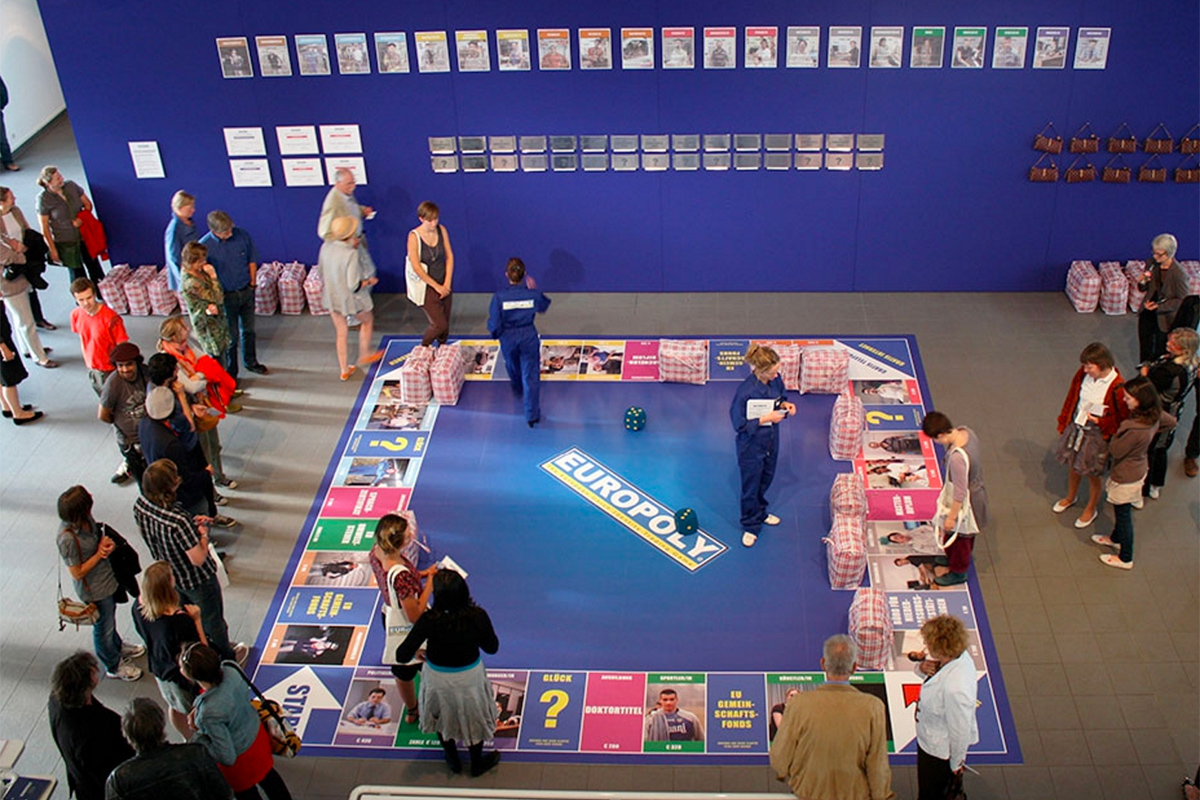 Through a vision of the modern world, the game of Monopoly – a game not chosen by chance, because MONOPOLY means having power over something or someone – has been transformed into a Kafkaesque world of complex rules/laws of the ’game’, which today’s European Union offers to all ’players’ as the only possibility, the only reality.